The 296-meter-long bridge project was completed at Shandong Port Group’s (SPG) Yantai Port as the 350-metric-ton steel bridge was successfully mounted at the caisson, which was the most crucial move for the Phase II project on the 300,000-ton crude oil wharf.

The new crude oil wharf, with a total berth length of 401 m and a weight of 16 million tons, consists of four steel bridges measuring 74 m-long. Currently, all the caissons and bridges have already finished construction, and 60 percent of the concrete pouring has been completed.

After the completion of the second phase of the crude oil terminal in the west port area, Yantai Port expects to be equipped with two crude oil wharf, which will tics system and promote the supply and transportation of oil, so as to speed up the construction of oil and gas facilities in Shandong, and improve the competitiveness of SPG. It will help SPG boost its role as Northeast Asia’s oil storage and transportation base, as well as an energy import and export base in Northern China. 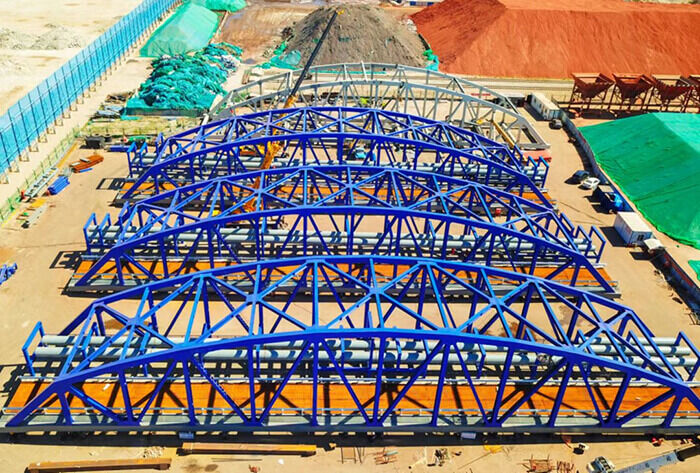