The invention of QQCTN has been authorized by five countries

Recently, the Bridge Crane fast windproof anchoring system, independently developed by QQCTN of Qingdao port of Shandong Port, was authorized by the national invention patent of the United States on the basis of the international PCT patent. This is another new breakthrough after the project has obtained patent authorization from Japan, Britain, France, Germany and other countries. 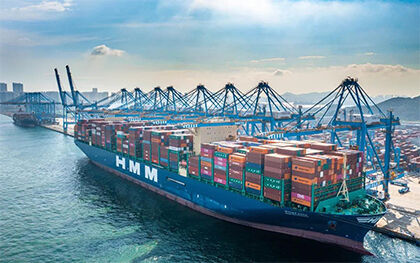 Taking advantage of Shandong Port integration reform, QQCTN marches towards building an internationally leading smart green port, adhering to independent innovation and gathering intelligence to tackle key problems, speeding up the upgrading of fully automated terminals to fully intelligent terminals, and trying its best to maintain its leading advantage. At present, the company has applied for 131 patents, involving plane layout, equipment and facilities, information technology, operation process and other aspects. Among them, 56 patents were authorized, 75 patents were accepted, and one invention patent was authorized by Japan, Britain, France, Germany and the United States.

If you have any steel structure or technical questions, you are welcome tocontact us.