With the development of the dry bulk business, the types of cargoes loaded and unloaded and the volume of blending operations have gradually increased, which has put forward higher requirements on the material distribution accuracy of the material system of the ship unloader. In the face of the new production situation, Shandong Port Qingdao Port Company highlights the problem-oriented, grasp the problem solving, innovative implementation of ship unloader material system flap transformation, and effectively provide equipment for loading and unloading production. 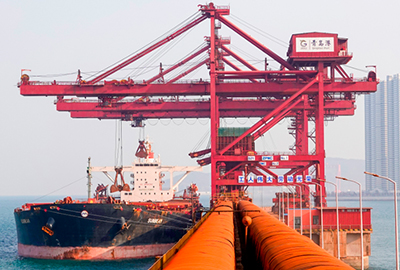 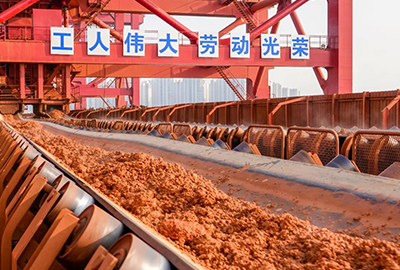 The new flap drive has the motor and gear ring mounted on top of the flap, and the flap can be positioned at will in the throwing box by means of the "gearbox self-locking + motor braking", meeting the flow requirements of both belts at the same time.

This maximises the working capacity of the ship unloader. At the same time, the operator can observe the operating status of the flap in real time when the flap is in operation, which facilitates safety supervision and maintenance and improves the safety performance of the equipment.